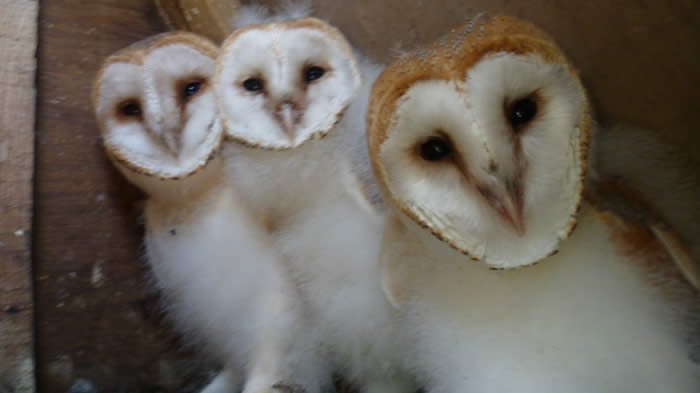 In the past barn owls were very common in Hertfordshire with an estimated 200 pairs in the 1930’s. By 1985 there were only 9 pairs and this may well have gone down even further before the end of the 90’s. The main reasons for this disastrous decline were the loss of suitable nest sites and the lack of the rough grassland habitat for voles and mice which are the main prey of barn owls.

Many of the old barns have been converted to houses or commercial premises and since many used tree holes the Dutch Elm epidemic deprived them of many nest holes. Agricultural practices were geared towards maximising arable production and the rough grassland and hedgerows essential for voles were reduced drastically.

Since 2000 farmers have been encouraged to plant hedges and leave field margins uncultivated by means of various stewardship schemes. At the same time barn owl nest boxes have been put up throughout the country and barn owls have made a remarkable recovery. It is estimated that as many as 75% of barn owls now nest in man made boxes. It has even been suggested that they should be renamed the “Box Owl”. 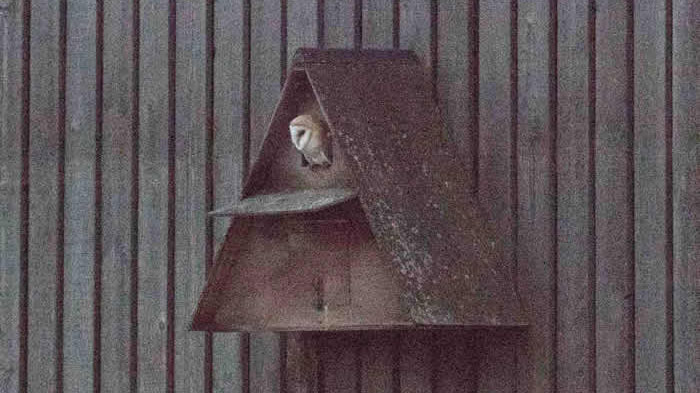 As far as I know there were no barn owls in the Ver Valley in 2000 so it was somewhat speculative when I persuaded the committee to invest in 2 nest boxes in 2004. We were delighted when in 2006 the box at Redbournbury was used and a brood of 5 fledged successfully. This box has been our most successful with 28 youngsters raised over the years. 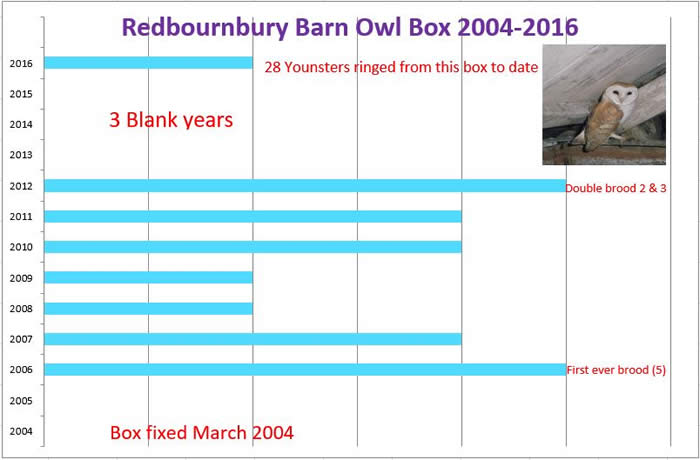 After the initial success we invested in more boxes and we now have 12 boxes and over 80 young barn owls have been raised in the Ver Valley. 2012 was our best year with 7 broods and 25 youngsters but annual totals will always vary as barn owls rely so heavily on the abundance of voles and mice. Some years if prey is not adequate they will not breed, which happened in 2013, or they will breed late as they did this year. This year we had 5 small broods with a total of 11 raised but I have just found a late brood of 3 in a box that had not been used before. This is probably a second brood of a pair that used another nearby box earlier in the year. 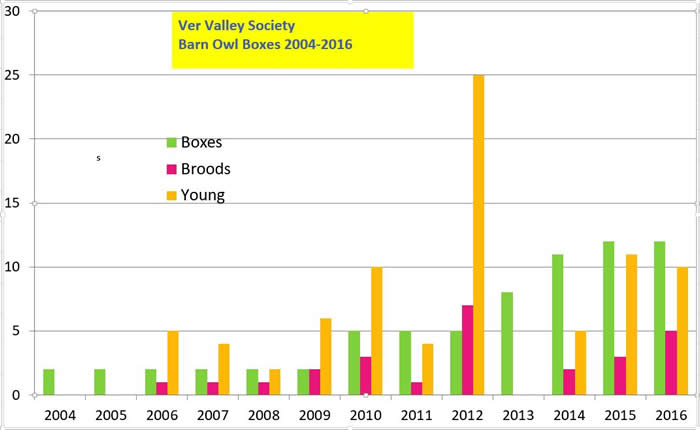 We have also put up several kestrel boxes, a tawny owl box and a little owl box which have been complete failures. However this year a kestrel raised 4 in one of the barn owl boxes and we have had three broods of little owls in barn owl boxes. Several times stock doves have used the barn owl boxes and even a mallard duck took up residence in one. There are over 100 small bird boxes which are not closely monitored although we do clean them out in the autumn.

The Ver Valley project is a reflection of what has happened throughout the nation and it is very rewarding that our Society has played a small part in the recovery of this most charismatic of birds. The pity is that you have to be out so late to see them! 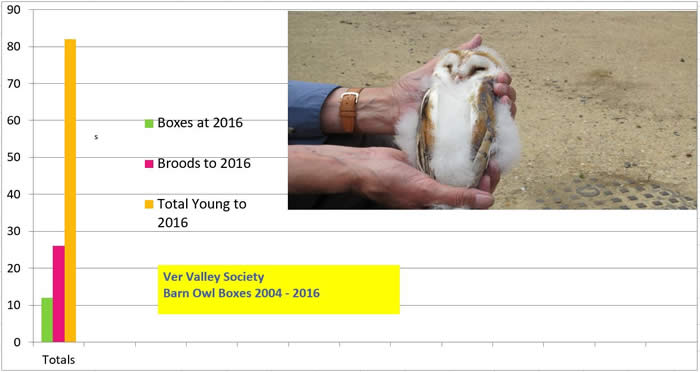 Please contact John Fisher if you have any interesting bird sightings. Please email or call 01582 792843.